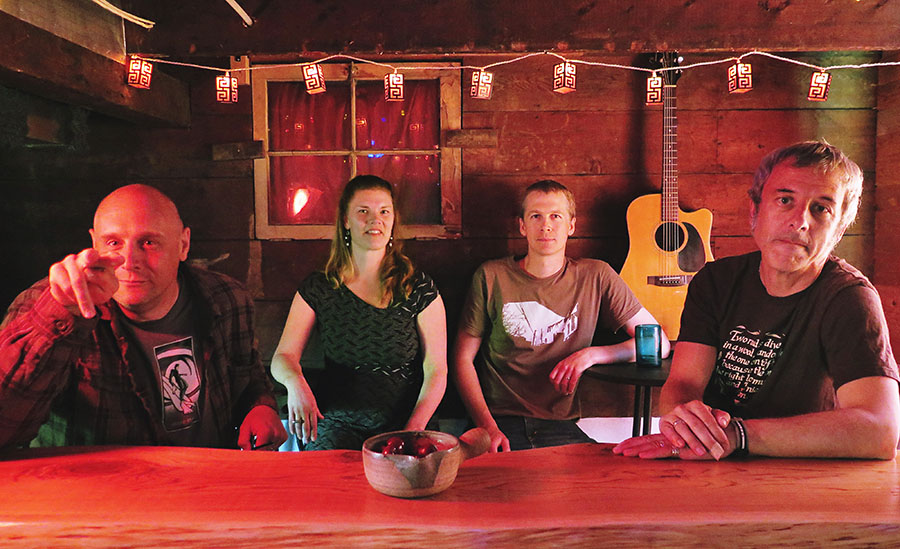 Meridian is a multi-media performance group with a conceptual focus on humanity, technology, and the relationships in-between. Digital technologies and live performance combine in events that feature projected-video/animation, ambient-electronic soundscapes, acoustic and electric instruments, looped and processed vocals, and spoken word poetry.

Meridian is an innovative artistic collaboration by four Vancouver Island artists who share their passions and performance skills to create an experimental, immersive experience.

Meridian is a collaboration that began in January 2012, resulting in a 60-minute performance presented in March 2012 at VIU’s Malaspina Theatre. Since then the project has grown to include a second hour-long performance work, on-line video releases, and has seen the members participate in numerous public talks and performances. 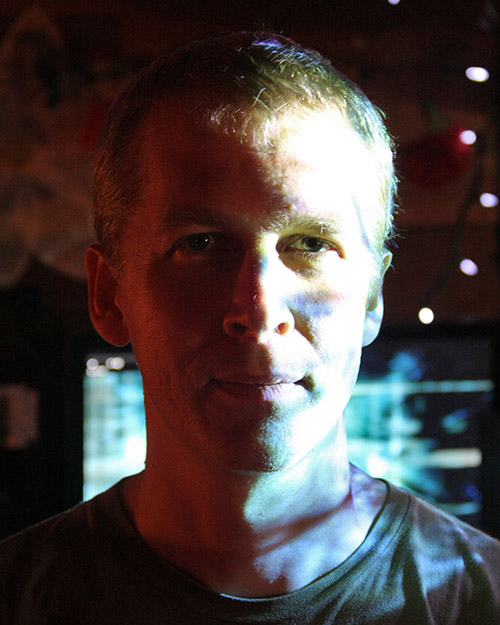 Robin studied Double Bass and Music Technology at McGill's Schulich School of Music before joining the staff of VIU's Media Studies Department. His interests include the utilization of the human voice in auditory storytelling, sound design for visual art, the construction and use of software-based musical instruments for live electronic music performance, and helping others embrace technology for use in their creative endeavours. Robin's sound design and remix work can be heard on releases from Phoenicia Publishing, Six Records, Maple Music, Ad Noiseam, and Sunchaser Pictures. 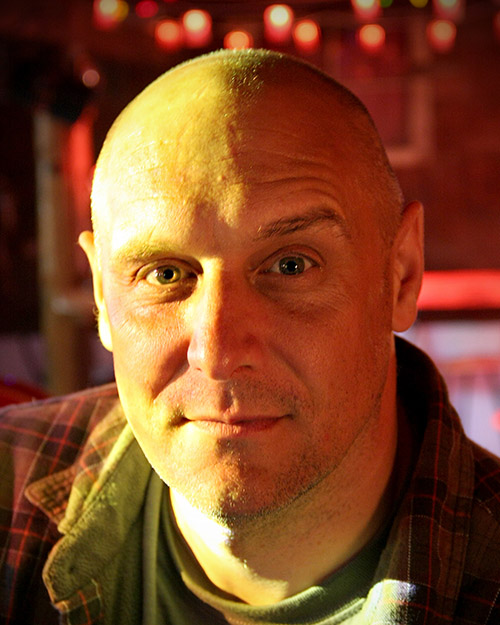 Kevin's artistic practice is conceptually driven, shaking loose perceived limitations of any one medium in favour of the Idea. This path has focused on numerous disciplines including printmaking, sculpture, written and spoken word, as well as 3D modeling and animation, and video-based performance. After completing his MFA (specializing in New Media) Kevin taught for the Faculty of Fine Art at the University of Calgary. Currently he teaches sessionally for Vancouver Island University in the departments of Media Studies and Art & Design 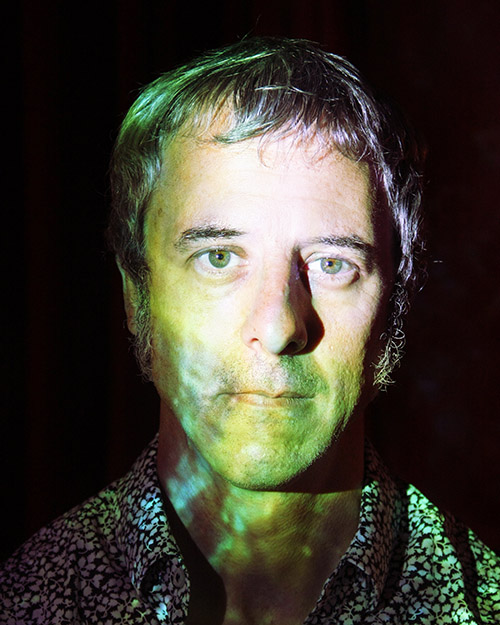 Justin studied at McGill (MA, 1995) and Victoria (PhD, 2009), and teaches art history in the Department of Art and Design at Vancouver Island University. He is a spoken word poet with twenty-five years of performance experience in Canada and the US, and has been a part of multiple collaborations with dance, visual art, theatre, video, and music. His poems have appeared in Geist, Oratorealis, and Canadian Dimension, and been heard on CBC Radio, Vancouver Co-op Radio, and CHLY FM. 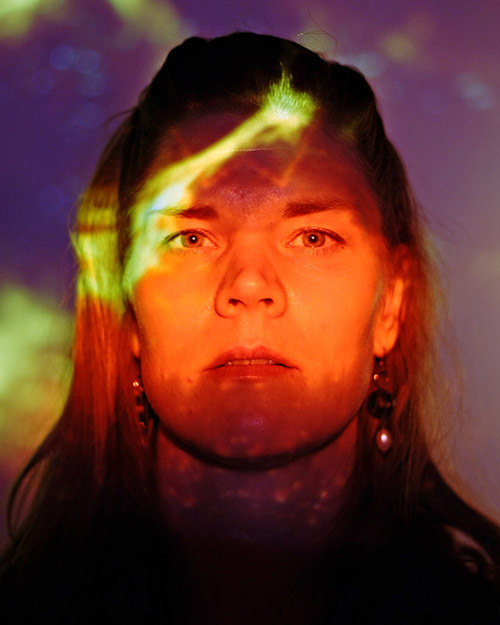 Marian is a sound & multimedia artist, musician, media activist, and has been involved in radio for over a decade, hosting shows and contributing sound art and radio documentary pieces to sound festivals, art galleries, CBC Radio, campus/community stations across Canada (primarily CFUV, CKUT, CHLY), WINGS, and on numerous pirate radio stations. She taught in the Media Studies and Women's Studies departments at Vancouver Island University (2005-2013), has been published in print and online, and played in the band Puzzleroot (2009-2012). Publications include the anthology, Islands of Resistance: Pirate Radio in Canada (co-editor; New Star Books 2010). After a serious car accident in 2013, acquiring a back injury, surgery and a brain injury, Marian lives a healing life and is slowly working on a new album, Still Rising, under the name Of the Sun.